Since British Sign Language (BSL) is an unwritten language, its early history is poorly understood. The very few written records about the use of sign language by the deaf communities in Britain were almost exclusively created by hearing people, but there is solid evidence that deaf people in Britain were signing as early as in the 16th century although most scholars believe that they were signing much earlier.

Thomas Braidwood’s ‘Braidwood’s Academy for Deaf and Dumb’ that opened in 1760 is considered to be the first school in Britain to include sign language in education. He introduced the so-called combined system, a form of sign language that set the standards of BSL as we know it today (Sign Community 2003).

Training courses for those wishing to teach British Sign Language were only introduced in the late 1970s and thus are a comparatively recent innovation in the UK.  On the whole, sign language teacher training courses have been provided on a piecemeal basis. In 1984 the British Deaf Association (BDA) in conjunction with the Department for Health and Social Security initiated the first BSL Tutor Training Agency (BSLTA) in the Deaf Studies Research Unit at the University of Durham. BSLTA then developed the hugely successful deaf-led BSL Tutor Training Course (known as Durham University BSL Teacher training Course [DUBSLTTC]).

This course was taught by deaf people and delivered a practical BSL curriculum, which was underpinned by sign linguistics, the principles of second language learning and teaching practice. This was the first university-based course of its kind, which was soon followed by developments at the University of Bristol and the City Lit (London). Unfortunately, the course at Durham closed in 1999 when the Deaf Studies Research Unit ceased to exist.

There have been a few Specialist BSL Teacher Training Courses since the demise of DUBSLTA, but again these have been relatively short-lived. Between 2004-2005, the University of Bristol developed a BSL teacher training course in conjunction with the BDA and supported by Department of Work and Pensions funding. This was an initiative to improve employment prospects for profoundly deaf sign language users. Whilst a new curriculum was developed, this course was not accredited and therefore did not fit within the UK qualifications framework. In 2005 Heriot-Watt University in Scotland developed the Graduate Diploma in Teaching BSL Tutors (ToT). This course was designed specifically for teaching sign language tutors to become trainers of other tutors. This stopped running in 2011.

The University of Central Lancashire (UCLan) instigated a BSL Teacher Training Course (BSLTTC) in 2008. Initially funded by the I-Sign project the course was delivered in BSL by experienced BSL teacher-trainers and incorporated the CTLLS qualification (below), together with a CPD module in Applied Sign Linguistics. By using the accredited teacher training qualifications, BSL Teacher Training was put onto the national qualifications framework.  Unfortunately, this course has not run since 2011.

For many potential BSL teachers, the bespoke courses offered at these universities were short-lived, not accessible or feasible.  The main path to becoming a sign language teacher was, and still remains, attending mainstream teacher training courses in local Further Education colleges (For example, Certificate in Teaching in the Lifelong Learning Sector (CTLLS) Diploma in Teaching in the Lifelong Learning Sector (DTLLS) (see www.ifl.ac.uk) and more latterly Level 4 Certificate in Education and Training and Level 5 Diploma in Education and Training. However– these are generic teaching qualifications, not specific to the teaching of BSL. 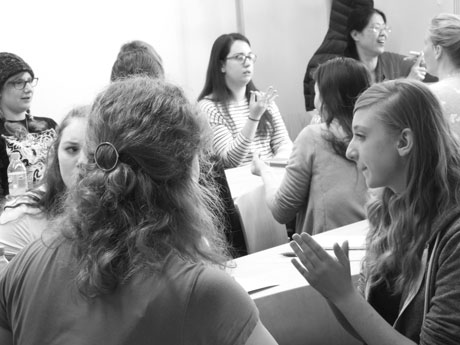 There is no one official curriculum for the teaching of BSL. However, there are national awarding organisations that run training for BSL teachers to teach their qualifications. These awarding organisations have their own curricula, teaching materials and resources. The first of these awarding bodies is Signature (formerly the Council for the Advancement of Communication with Deaf People or CACDP), whose work spans over three and half decades. Over this time, they have expanded and developed into one of the leading national charities in the sector. Their qualifications can be found at http://www.signature.org.uk/qualification-specifications.php.

The findings of this research were disseminated in a report entitled: No time? No support? No idea? (Eichmann & Barnes, 2010). The key findings are summarised below:

The data generated in this research show that clear information regarding career progression pathways (including required information) are not only needed but that these needed to be made available and accessible to (potential) sign language teachers.

On 18 March, 2003, the Government made a formal statement that it recognised that BSL is a language in its own right (quoting an estimated 70,000 people whose preferred language it is), and promising to invest £1 million in a programme of initiatives to support this statement. This followed 4 years of campaigning and BSL marches through the streets, road blockades and political activity, which brought mainstream media coverage and culminated in 10,000 people marching to Trafalgar Square. However, this was not legislation, only recognition. Campaigners who had hoped this recognition would lead to real change later became disillusioned at its lack of teeth and are now pressing for legal recognition.

Introduced by Mark Griffin (MSP) to the Scottish Parliament on 30 October 2014,the British Sign Language (Scotland) Act 2015 was passed into law on 17 September and is the first of its kind in the United Kingdom.

The legislation aims to raise awareness of British Sign Language (BSL) and improve access to services for those using the language by requiring the Scottish Government and listed local bodies to publish and implement their own plans for how they will promote the use of the language. This is landmark legislation and could act as a critical step in strengthening the position of the British Sign Language in Scotland. The legislation has the potential to improve and elevate sign language teaching, sign language teacher training, education for deaf children and services for deaf people. 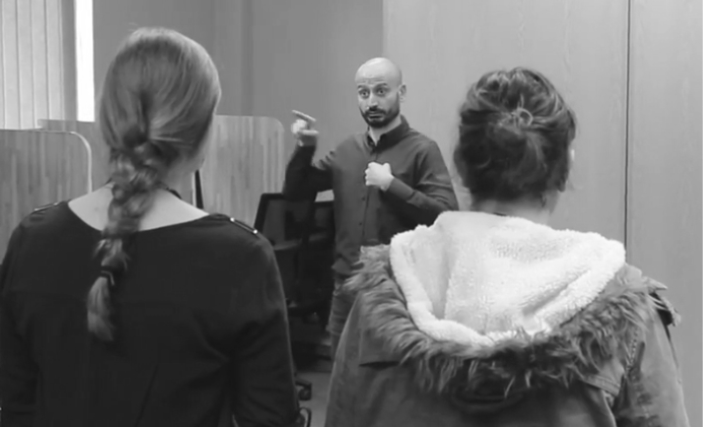