Flanders is situated in the northern part of Belgium and its most common spoken language is Dutch, whereas in Wallonia, the southern part of Belgium, mostly French is used. In the past, there was only one Belgian Deaf Federation, NAVEKADOS (the ‘National Federation of Catholic Deaf–Mutes’). However, in the 1970s, as a result of the political process of federalization in Belgium, the national federation was divided up into Fevlado (Federatie van Vlaamse Dovenorganisaties) (the ‘Association of Flemish Deaf Organisations’) and the Fédération Francophone des Sourds de Belgique (FFSB). Since then contacts between Flemish and Walloon deaf people have become less and less frequent and the sign language varieties used in both communities diverged.

In 2000, Fevlado decided on the official name for the sign language used in Flanders, Belgium: Vlaamse Gebarentaal (‘Flemish Sign Language’ or VGT). The Flemish Deaf Community consists of about 5000-6000 people (Loots et al., 2003).

At the end of the 1970s, Fevlado decided to develop and promote a signed system called ‘Nederlands met Gebaren’ (‘Dutch with Signs’) or NmG. It was assumed that NmG could function as a bridge between sign language users and speakers of Dutch. From 1981 a number of initiatives were taken to promote the use of NmG, e.g.  the organisation of the so-called
‘vrije gebarencursussen’ (‘free communication courses’) for hearing people and the founding of an ‘interpreters for the deaf training programme’ to train interpreters to work between Dutch and NmG. (Boonen, Van Herreweghe, & Vermeerbergen, 2004). Most of the teachers teaching NmG were deaf, and they had had no training.

In the early 1990s, Fevlado established a (small-scale) teacher training programme and in 1993, as part of a European Horizon project 16 young deaf teachers attended courses, mainly on language teaching methodology and didactics. Within the framework of this programme, the participants travelled to the Centre for Deaf Studies in Bristol where Clark Denmark offered an intensive course in Sign Language Teaching Methods. In part due to his charismatic influence, some of the participants started to doubt the usefulness of NmG and wanted to change their own teaching towards Flemish Sign Language. This, together with some other developments (see Boonen, Van Herreweghe, & Vermeerbergen, 2004), led to Fevlado officially rejecting the use of ‘Nederlands met Gebaren’ in favour of Flemish Sign Language.  Around 1996, both within the ‘vrije gebarencursussen’ and interpreter training, classes in NmG were replaced by classes in Flemish Sign Language (VGT). This was not easy, as research on Flemish Sign Language grammar was still in its infancy and information on the linguistics of VGT was very scarce.

Flemish Sign Language courses for hearing adults (who want to learn VGT as L2) are offered by Fevlado-Diversus (level 1 and 2; each level consisting of 20 classes of 2 hours each) and several CVOs (‘centres for continuing education’). We know of at least seven CVOs where VGT classes are offered. Some deaf schools also offer VGT courses for hearing parents and other family members of their deaf students. However, this is very much ‘ad hoc’ and limited.

VGT is also taught as part of the two part-time training programmes for sign language interpreters organized by the CVO Crescendo in Mechelen and the CVO VSPW in Ghent.

Ghent University offers an elective course ‘Introduction to Flemish Sign Language’ (4 ECTS) and at the University Language Centre of the same university, there also is a VGT course (30 hours).

At KU Leuven Campus Antwerp, the only Flemish academic training for sign language interpreters is organized. At this university, Flemish Sign Language is integrated in the Bachelor of Applied Language Studies Pogramme (3 year-programme), the Master in Interpreting (1 year) and there also is a specific part-time one year Postgraduate in VGT Interpreting.

In the past, two deaf native signers trained to become what used to be called a ‘regent’ (i.e. a teacher in year 1 to 4 of secondary education) and one of their three subjects was Flemish Sign Language. There are a few other deaf teachers who hold a degree related to education, e.g. they trained to become a nursery school teacher or primary school teacher. Some other deaf teachers (again very few) obtained a so-called getuigschrift pedagogische bekwaamheid (‘certificate of pedagogical competence’).

Some hearing teachers combine a sign language interpreting training with a (general) teachers training (‘specifieke lerarenopleiding’) and as such they may be seen as trained/qualified to teach Flemish Sign Language but as said, there is no specific training for those who want to become professional teachers of Flemish Sign Language.

Most other programmes/individual teachers develop their own materials, although there also is (mostly informal) collaboration and exchange of materials.

The CEFR certainly is a source of inspiration for some of the teachers (e.g. at KU Leuven) but it is not formally/struc-turally implemented.

The total number of VGT teachers is estimated at 30 to 35 people.

This year (2016-2017) some 18 deaf signers teach the Fevlado-Diversus courses. The number of teachers teaching Flemish Sign Language in a centre for continuing education (CVO) is estimated at 12 to 15, some deaf, some hearing. At KU Leuven, there are two (deaf) teachers of Flemish Sign Language. The two part-time interpreter training programmes currently employ 2 deaf VGT teachers each. The number of people teaching VGT for parents or staff members at deaf schools is unknown. Some teachers are affiliated with more than one programme/initiative.

Research on the grammar of Flemish Sign Language started around 1990. The first books reporting on research results were published in the second half of the 1990s (Vermeerbergen, 1997 and Van Herreweghe 1995). In 1999 the Vlaams GebarentaalCentrum published a “signing book”, i.e. two video-cassettes with information on the grammar of VGT explained in VGT. The first (online) dictionary was published in 2004. It is currently being expanded by the Vlaams GebarentaalCentrum.

Flemish Sign Language clearly is one of the un(der)documented signed languages, mainly because there are very few active researchers. Today, research activities are situated at KU Leuven, Campus Antwerp; at Ghent University and the Vlaams GebarentaalCentrum (lexicographical research).

On April 26th  2006, the Flemish Parliament unanimously approved a decree recognizing VGT as the language of the linguistic-cultural minority group of deaf people and Flemish Sign Language users in Flanders. The decree further regulated the establishment of an advisory committee for VGT, and funding mechanisms for projects related to VGT.

Especially because there is no specific training for teachers of Flemish Sign Language, the question of what is the ‘ideal’ profile of the VGT teacher is a complex one. One of the questions is whether or not preference should be given to deaf teachers.

Currently, the Adviescommissie Vlaamse Gebarentaal (‘advisory committee for VGT’, www.adviesvgt.be) is working on its own advice, again out of concern about the quality of Flemish Sign Language courses. This advice is not yet finalized but it seems that the issue of whether or not VGT should be taught by deaf teachers is not seen as all that important. Instead, the advice follows De Weerdt, Salonen and Liikamaa (2016) in stating that a sign language teacher needs: 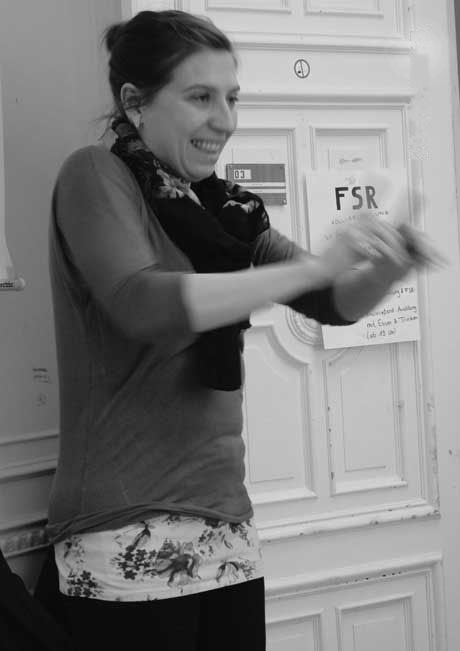